When it is spring, you should be ready of some bugs’ infestation problems, so it doesn’t hurt to know how to get rid of stink bugs effectively. Spring months are the months where common house insects may try invading your house, such as cockroaches, gnats, and fruit flies. The bugs may not be dangerous, but having them around isn’t exactly pleasant. If you suspect the bugs have set up their living spot in your house conveniently, then you need to know how to deal with them.

Stink bugs are basically harmless. Unlike the bees, they won’t sting. They are also different from centipedes as they won’t bite. Stink bugs prefer the element of surprise, where they would sneak up on you and then suddenly land on you (whether in your hair, clothes, or arms). Their infestation can take place all year long, but the significant increase generally happens during the spring and summer periods.

They would go on hibernation during fall and winter and then get back on being active again when the temperature rises. After all, they really like sunlight and warmth.

They are small with a unique shield shape. They gain the name after the odor they would produce when squished, crushed, or disturbed. The odor is actually their defense mechanism – they use it to ward off predators. Some people say it that the odor is similar to strong cilantro smell or even skunk, but every person has different opinions and sayings. But in general, the bugs would produce unpleasant odor that can linger for quite a while.

How to Get Rid of Stink Bugs In Your House 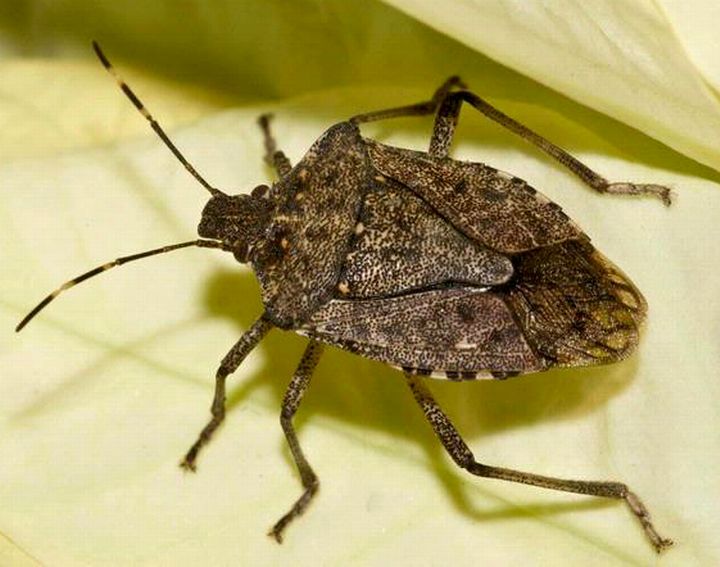 How to Get Rid of Stink Bugs In Your House

Before you learn about ways on how to get rid of stink bugs in your house, you need to know the reasons why they would be coming to your house.

They are interested in various homegrown veggies and fruits, such as apples, peaches, tomatoes, squash, berries, and cucumbers. If you have these plants at home, you may want to install screens in your windows and doors. As it was mentioned before, they are attracted to fruits, especially the ripe ones. If you like to have the fruits on the fruit bowl, then it’s high time to install the screen. If you don’t want to install the screen, then you need to put the fruits in the cupboard or store them in the refrigerator.

They are interested in wild weeds, ornamental shrubs, and vines as they love eating parts of the plants, such as buds, veggies, blooms, nuts, and buds. If you don’t manage the garden well, and you have their favorite food source inside the house (the ripe fruits), then they may consider your house as the ideal place for shelter.

Clean the Garden – and the House

One way of how to get rid of stink bugs is to clean your perimeter. You may think that you have everything squeaky clean, but you may miss one or two things. You need to keep your food off the table – at least, keep them in containers and then store them in the cupboard. Not only such an action will prevent pesky insects from coming in, but you can also improve the tidiness and neatness of the kitchen. Don’t forget to wipe the counters after you finish cooking and preparing food. Wipe off the oil residue or grease. Having fruits on the fruit bowl may look attractive and beautiful, but it will attract insects and bugs – not to mention other insects and possibly rodents.

You should also manage the clutter of your garden. Remove any rotten and decaying plants. Make sure that it is debris and clutter-free so they won’t have the chance to hide or to make nests in your garden. They like to make use of decomposing logs too. If you want to be free of them, get rid of those items. Remove all the overgrown plants, weeds, and dead leaves.

It’s kind of ironic when the smelly bugs can be repelled by ‘smelly’ plants, such as lavender, catnip, chrysanthemum, thyme, marigold, garlic, and radishes. If you don’t want the bugs to come closer to your house, you can consider setting up scent barriers by having these plants. You can plant them in alternate ways. You will surround yourself with nice smell – and the possibility of being free from the pesky pests.

If you want to have plants that can attract the stink bugs’ enemies, it is another possible method on how to get rid of stink bugs in the garden. If you plant buckwheat, purple tansy, or French marigold, you are basically inviting parasitic wasps to come over. These wasps like to lay the eggs within the bugs’ eggs. When it happens, it would destroy the developing insect. The wasps alone are pretty tiny and they aren’t considered a problem or a threat for humans.

You should also perform research on how to attract wrens, bluebirds, and cardinals to your garden. They love to snack on the stink bugs, so if they are present at your garden, your stink bugs population can be controlled.

Some homeowners would go and beyond by planting sacrificial plants, like sunflower and tomato, so the bugs would settle on those plants. These trap plants are usually planted far away from the main garden and far from the house. Once the insects have fully covered the bait plants, you simply pull them up and put them in the plastic bag. You can discard the plastic bag on a far-away garbage bin or just leave the bag in the sun. The bugs will die from the heat. Then, you can dispose of the bag away.

This method hasn’t gone through any scientific study or whatsoever, but some gardeners and homeowners claim that wood ash is quite good to repel the bugs. But there are different opinions about it. Some say that it is great against the bugs while some say that it is great for snails and slugs. But if you do have a fireplace at home and you have the remaining wood ash, it doesn’t hurt to try it. Try to spread it around the plants, especially after the rain. If you see the condition improves, then the wood ash can be your next best friend.

Check for crevices, cracks, opening, and holes. If you find any, you should seal them up. Feel free to use any possible materials that can provide permanent and long-lasting seal. Check for the windows and under the door gap. It would be great if you can install screens on the door and the window because you can prevent all kinds of infestation and infiltration. If it is possible, consider having screens on the vents too – you want to block every possible entry ways for the bugs. You may also want to check light fixtures, electric outlets, window sills, and door frames – especially on areas that get the most sunlight.

This is especially useful for the exterior area. Stink bugs are drawn by the lights. When they are approaching the porch (because of the light), they are closer to your house. And then they may be interested in your interior. That’s why it is better to manage your outdoor light. Change the regular light bulb with sodium-vapor lights or the yellow bulbs – which are not as attractive as the regular ones, at least for the bugs. Here’s a tip: Sodium vapor lights are pretty common in big cities or also towns close to the beaches having sea turtle nesting activities in order to reduce the light pollution. This type of light is quite effective on how to get rid of stink bugs outside.

How to Get Rid of Stink Bugs Using Pesticide Products 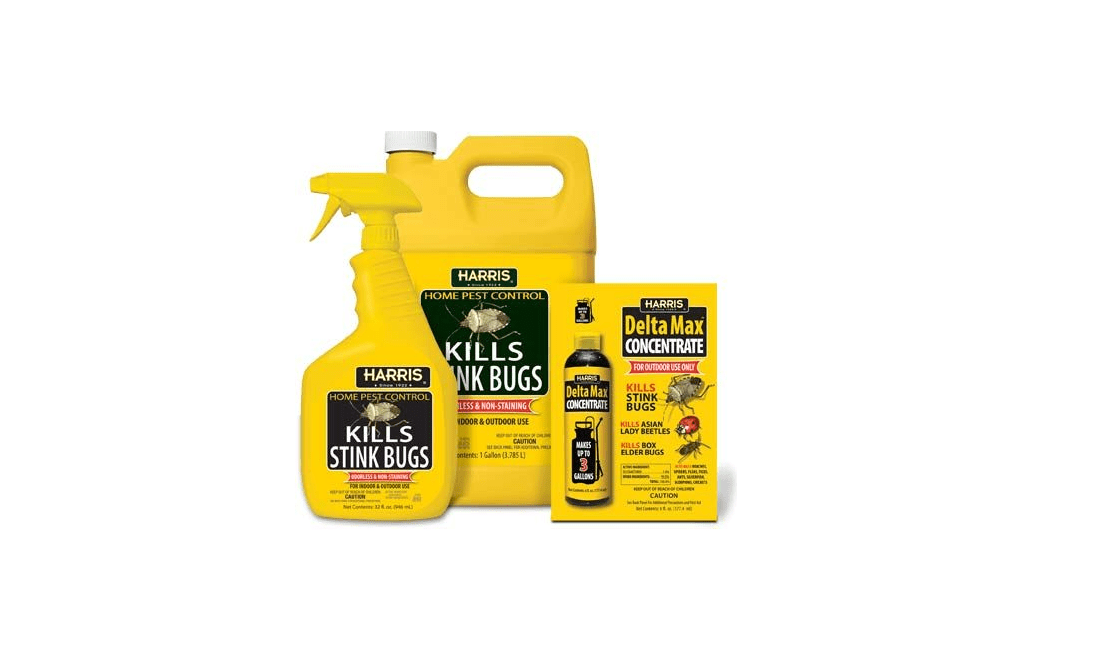 How to Get Rid of Stink Bugs Using Pesticide Products

In the event that you have tried everything, including sealing up your house and making barriers around the perimeter, and yet the bugs still manage to get into the house, you may want to consider the pesticides. Some products are designed to kill the stink bugs – that’s why they have deltamethrin that can kill the bugs. You can seal places like windows, doors, and other entry points. You can also spray it to areas where the infestation takes place.

There are several soaps that you can try to repel the bugs. Some of the insecticidal soaps are pretty safe. But if you want to make one at home, simply mix a gallon of water with 5 tablespoons of the liquid soap. Voila! You have your own insecticidal soap that is completely safe and homemade.

If you want a safe and even organic insecticide, consider Pyrethrin. It is quite easy to find and purchase. You can find it easily on Amazon.

Sevin is also possible to treat the bugs. In fact, it has been considered quite effective to deal with the stinky bugs. However, it is toxic not only to animals but also to humans. If you want to use this, make sure that you use it as your last resort because it can kill ladybugs and bees – which are actually beneficial. 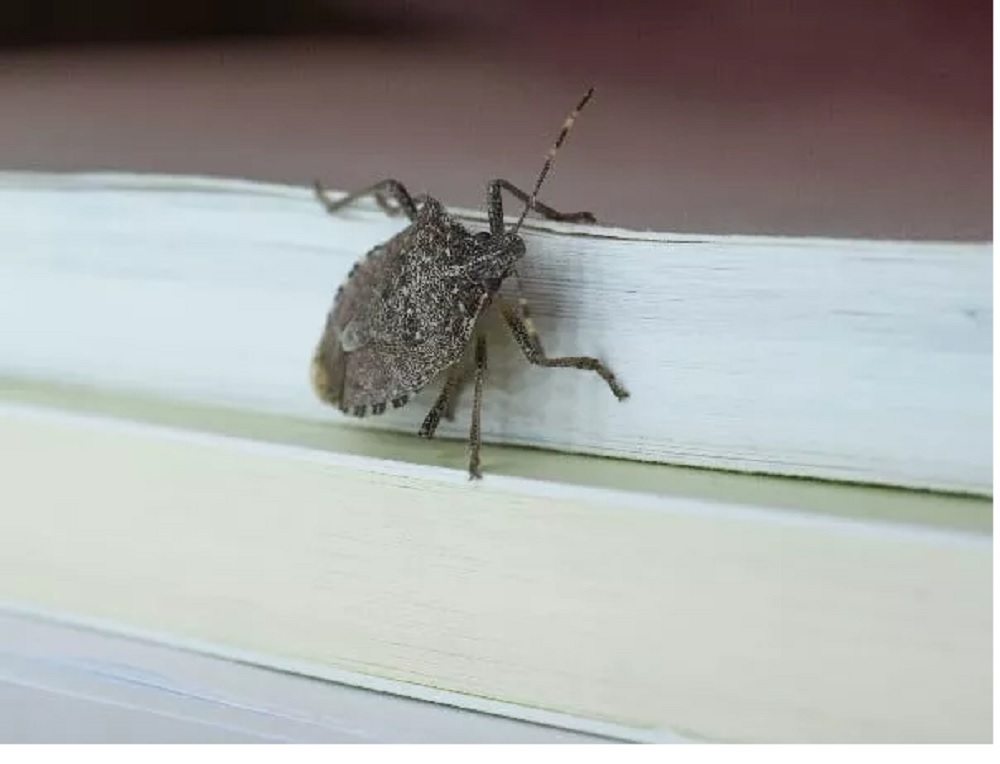 Vinegar is one of the best solutions for stink bugs, which is combined with dish soap and water, is quite effective to deal with different kinds of insects – stink bugs are included. You simply mix hot water (2 cups), ½ cup of dish soap, and a cup of white vinegar together. Then pour the solution into a spray bottle. Whenever you see the bugs, simply spray the solution directly on it. That’s why it is advisable to have several spray bottles of the solution and place them on the areas where the bugs are often found. The spray bottle is also effective to spray several bugs altogether.

You can have 5 to 6 cloves of garlic and then chop them to a very fine texture. Then boil it within  (a gallon of) water. After it cools down, strain it and then pour the mixture into a spray bottle. Use it to spray on the affected areas and the infected plants, if any. Remember that garlic plants also ward off the bugs? Combine the spray with the plants and your house will be free of the bugs. The garlic spray is an effective way on how to get rid of stink bugs as you can easily spray the holes, cracks, and hard-to-reach areas to make the bugs go away.

Those are some ways on how to get rid of stink bugs quite effectively – simply choose which one you like the most. 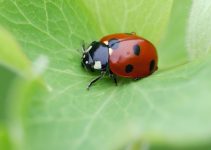