Home
Termites
Types of Termites and Each of Their Different Biologies

A termite may not seem so menacing on its own, but once you understand the different types of termites and their effects as a colony, then you won’t underestimate the issue.

When there is a colony of termites, they can create serious damage to the structure and building – and they can do it in a very short time. As silent destroyers, they cause generally around $5 billion within property damage and property industry. They can chew and nibble through wallpaper, floor, and wood without being detected.

Types of Termites and Each of Their Different Biologies

Termites have the so-called swarmers, their explorers, whose responsibility is to search and look for hospitable habitats or structures so they can invade it. Termites like homes have sustained damage because of snow or rain. Most homeowners don’t realize that the swarmers are coming to their house because of the swarmers’ similar appearance to flying or winged ants. Once the swarmers decide that your house would be their next perfect shelter, it is a sure thing that the remaining of the colony will be coming too.

So, how many types of termites are there? Well, it’s a general rule that there are 2,000 species of the termites all through the planet. However, some types are most common and most popular. Knowing each type would be handy as you can identify the termites – and how you can deal with them. 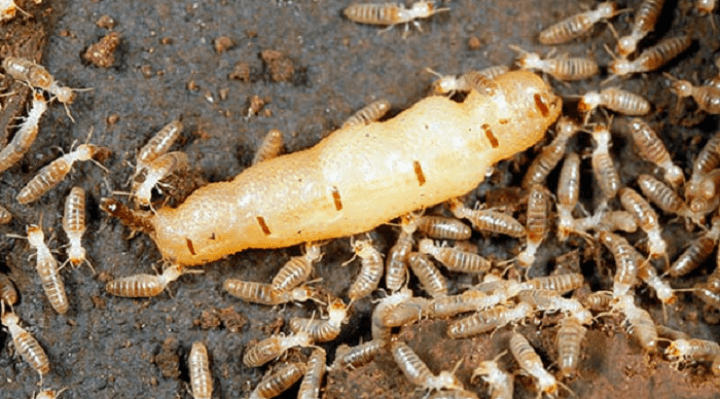 One of the most popular types of termites is Subterranean termites. This is one most popular termite types in America and you can find them in every state, unless for Alaska. The colony can consist of 2 million individuals who like to live in moist and secluded areas above the ground or underground.

They create unique mud tubes so they can get easy and direct access to the food sources. They build the tubes because they are claustrophobic – the tubes are designed as their safe passage. The tubes have another function: to protect the termites from the open air.

In terms of destructive levels, this type is the most destructive one because of their ability to chew woods fast. The main colony would live between moisture, which is above the water level but below the frost line.

The secondary colony, however, is possible to live above the ground as long as it has moisture, like leaky pipes. If you see wood damage within the property and then there are honeycomb-like holes anywhere, then you highly likely have the Subterranean termites.

Their body is somewhat white-ish except the queen. When they are swarming, they look like a black swarm with wings that appear twice the body’s size. They are often found in the southern areas where the climate is hot. 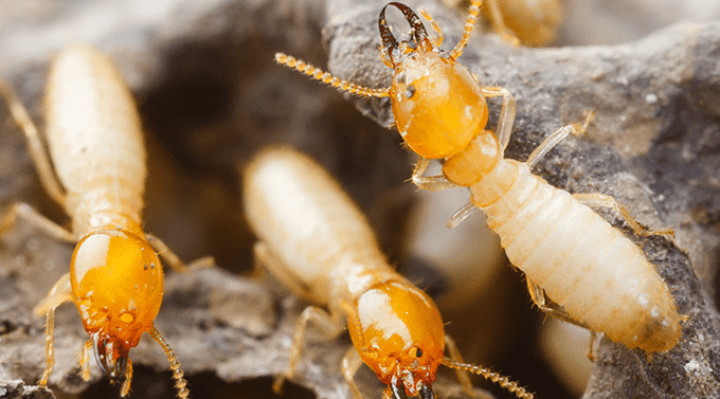 This type of termites originally was from China. Formosan termites are the most devious, aggressive, and voracious creatures amongst the 2,000 species to find. They are big – bigger than the average termites in general. They organize huge (underground) colonies with intricate and complex mud nests within the walls of a building or a structure. The huge problem with this termite is the difficulty to control them once they invade and infest a structure – it’s because of their aggressive nature. They are pretty common in California, South Carolina, Tennessee, Florida, Alabama, Texas, Virginia, Louisiana, North and South Carolina, Hawaii, and Georgia. 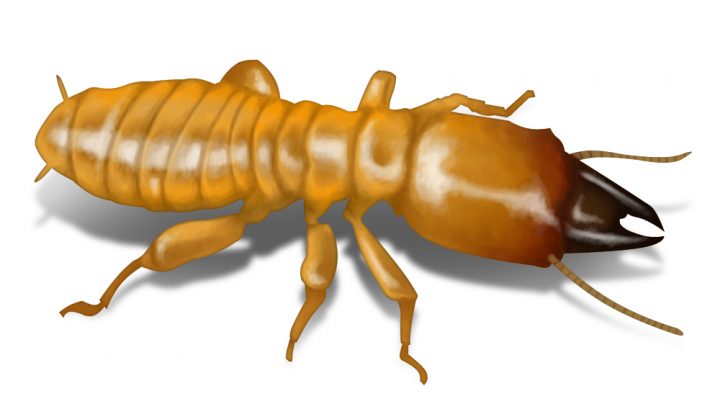 As you can conclude from the name, Dampwood termites love woods having a high level of moisture. They don’t need soil to survive. They love woodpiles, humid areas (especially those with leaks), and decaying woods. Like Formosan, they have big bodies with reddish-brown head – bigger than the average termite species. It is quite rare for this type of termites to invade a structure or a building because the wood’s type doesn’t have a high level of moisture.

However, just because they don’t usually invade buildings, it doesn’t mean that you shouldn’t do any preventive measures to prevent them from coming. If you can find any preventive methods, you may want to do it. Otherwise, you may regret your decision. This type is generally found in the Pacific coast and the nearby states, the semi-arid and desert southwestern areas, and southern Florida, so they are common in areas like Washington, Northern California, Oregon, Northern Nevada, Idaho, and Montana. 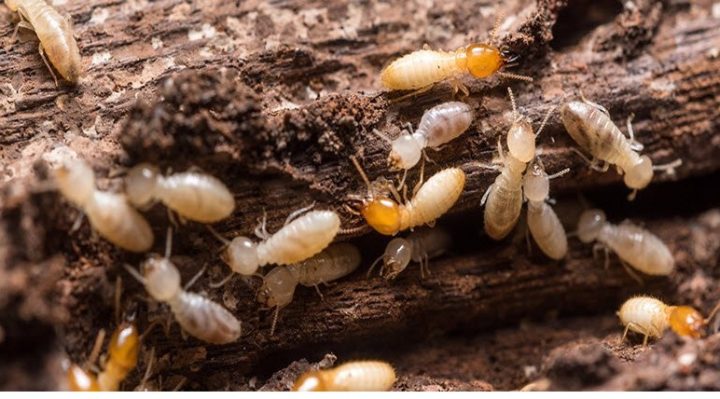 Just like Dampwood termites, Drywood termites don’t need soil to survive – which is quite different from the Formosan and Subterranean types. They like to build their nests in (wooden) wall support and also roof materials as well as wood furniture, flooring, and frames.

If you have deadwood in your house, you may want to think about handling it because they love such a condition. this species doesn’t need much water either, but it is common for them to build nests close to a water source like a water heater or leaky pipe. They can be found within the southern areas and states, such as Alabama, New Mexico, Georgia, entire Florida, Mississippi, southern areas of California, Texas, and Arizona.

However, under the right condition, they can survive in the Northern environment and climates – and they can do it pretty well. In some cases, they may swarm and migrate in a large number, hundreds of it. The sight is pretty unsettling and not pleasant at all.  Read Also: How To Get Rid Of Drywood Termites 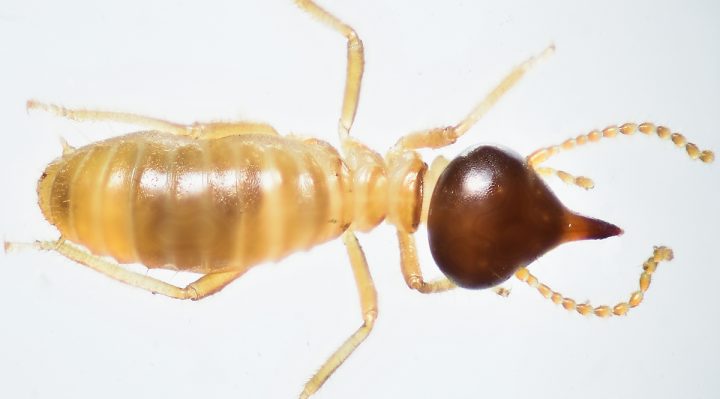 Among the many types of termites, this one is native (and also invasive) to the Caribbean. The first case when they first found happened in 2001. By that time, they were called the Tree termites, but then the name changed to Conehead termites because of the common misconception that they only invade trees. This type was reported to be eradicated in 2003 in America, but later, the DACS (Department of Agriculture and Consumer Services) in Florida confirmed the pest’s re-emergence in Florida – in Broward County, to be exact.

Whereas other termites rely on underground tunnels for their travel, the Conehead termites don’t need such a thing. Their behavior is like the ants, forge on the ground. With this nature, they can spread quite fast and quickly. They are also aggressive, able to cause quite extensive and expansive damage in the property in a short period. 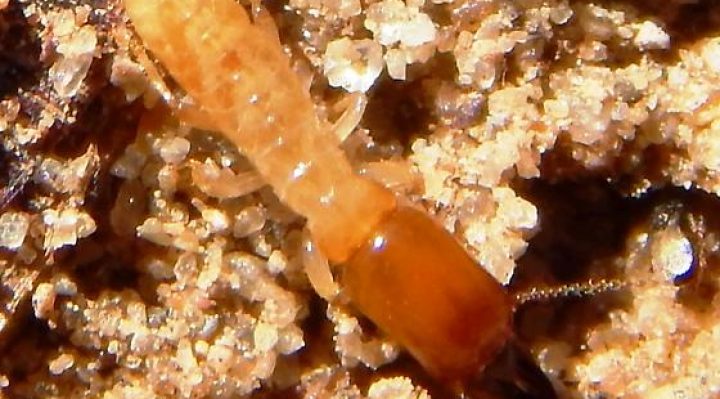 This is a part of the Subterranean termites that are common in southwestern regions where it is arid. As social creatures, they live in big colonies having 3 castes: male and female reproductives, soldiers, and workers. The workers are the biggest numbers in the colony, having functions like fixing and building the nest, caring for their young, and foraging. The soldiers are responsible for protecting the colony. With pointed, powerful, and long slender jaws, they would attack all threats. When they feel threatened, the workers would block the opening while the soldiers would line up and be ready for a fight.

Desert termites are mostly found in southern areas of California and Arizona’s deserts. They can live, survive, and build colonies in many kinds of places and environments, such as fence posts, desert plans, and even dung and litter. Are they threats to humans? Not necessarily. Termites are harmless for humans as they don’t usually invade homes or structures. They aren’t interested in eating the house’s wooden structure or making tunnels into the wood parts. They are more interested in consuming decomposed, dead, or live plant materials.

As termites are cold-blooded, they build tunnels deep in the soil so they can survive winter months. The tunnels would provide stable temperatures. In summers, they prefer to live grass plants. They consume plant litter and standing dead grass during autumn months. 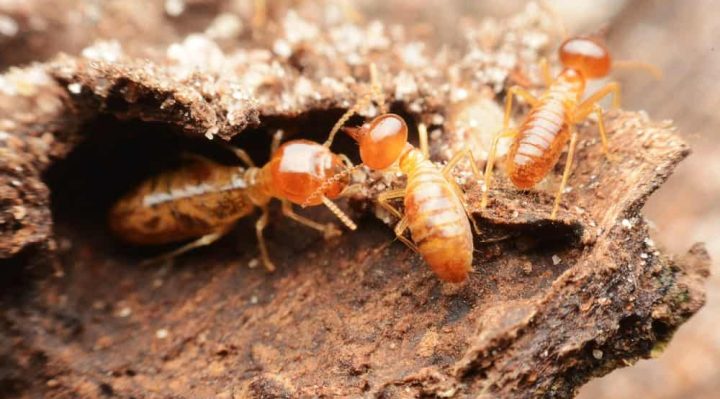 Not all homeowners are aware of the termites’ infestation in their property. However, if you are a true observant, you should be able to see some of the obvious signs. Be aware if you have seen signs like these:

Dealing with the Termites

The best way to deal with termites (no matter what types of termites they are) is to prevent them from the first place. If you want to prevent them, getting a professional service can seriously help.

First of all, you can contact a qualified expert so you can get a regular termite inspection. Such an inspection usually takes place annually, which means that it takes place once a year.

Second, you can also work together with a pest control expert or professional to check your perimeter. They can review the condition around the house, such as wood-to-ground possible contact or excess moisture. Based on your surroundings and environment, they may determine what kinds of termites may invade your house and how to prevent such things from happening. If you already read the previous sections in this article, you will see that different termites have different habits, lifestyle, and diet preferences. Naturally, different preventive measurements would be implemented for different types of termites.

In case the infestation issue already happens, the pest control pro can help you determine the proper and more suitable treatment. What kind of bait that would be effective for your situation? What kind of (direct) wood treatment that you should do? The treatments are based on the activity signs (around the neighborhood and your house) as well as the house’s construction – and also the types of termites themselves. 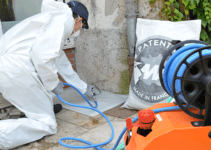 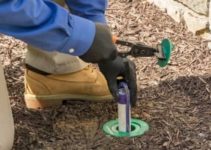 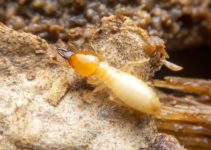