If you find any crawling fire ants around the property, knowing how to get rid of fire ants effectively is crucial. Fire ants aren’t only annoying but also harmful. Whereas other insects sting only once when they feel threatened, fire ants can sting repeatedly, causing a painful and burning sensation in the area. The stings and bites can result in itchy and burning pustules – often leave ugly scarring. Although it is pretty rare, there are death cases related to fire ant attacks, mostly related to shocks and allergic reactions. Pets and kids are prone to these ants – so you must act fast when you see them around.

How to Get Rid of Fire Ants?

Fire ants don’t know boundaries or whatsoever. They may overtake your property from deep underground and make your life a living hell. If you think that the mounds are their nest, you’re not 100% correct. Their nest consists of long tunnels – and they can reach 25 feet from the existing mounds. They are fast and they can expand quickly. They would invade not only your garden but also your property if let them.

One rule to win the war is to know their characteristics and also their weakness. Fire ant colonies are ruled by queens – who can live so long for many years. They can also lay up to eggs up to 800 a day. In general, the queens can produce between 11,000 and 17,000 (mature) fire ants every three weeks. The worker ants themselves last only 5 weeks, but thanks to the queens’ reproductive capabilities, there is always enough supply of the worker ants. The average colonies can have 100,000 to 500,000 ants – and some of them have multiple queens.

Fire ants colonies would protect their queens like crazy. They want to make sure that the queens are well protected and well-fed, so the queens will remain productive. All queens eat what worker ants have been eaten, so the best way to ‘poison’ the queens is through the bait. There are some effective fire ants battling products that are created in the form of baits. The baits have tempting taste and smell, causing the ants to think that they are food. They will take the baits with them to their nest, and then feed their queens with the baits. The baits need to have an effective time-limit. If it works too fast, the worker ants may die first before they have the chance to feed the queens. That’s why effective baits have a timely response. They will be effective ONLY after the queens have eaten them. And soon, the colony will expire.

How the Baits Work

This fire ant treatments work in two steps. In Step One, you can use the bait granules at 5 pounds a 10,000 square feet for light infestation. If the rate of an infestation is heavy, use the baits with 5 pounds of a rate per 5,000 square feet. The baits are used per season, and you shouldn’t go over three applications a season. You can repeat the process as necessary as needed, but don’t go over 3 applications.

In Step Two, you want to target the mounds. You need to sprinkle the baits around every mound with a circular motion. Sprinkle between 2 and 5 tablespoons for every sprinkle. You mustn’t use kitchen utensils and use a disposable scoop instead. Never disturb the mound either. if the infestation is heavy, use the baits in between 2 and 4 oz for every 5,000 square feet – or around 1 to 2 pounds an acre. Repeat the application as many as possible. If you want to check the mounds activity, you want to put only a small amount of the bait close by. If the mounds are active, the baits would be gone within an hour.

You should be able to see the results right away. If you do the treatment correctly, the queens should be dead in about one week. The colony would be destroyed within two weeks of the application. You need to do your research about the right baits that can battle your fire ants effectively and immediately.

One way in how to get rid of fire ants is to know the possible mistakes that can jeopardize your attempts. If you choose an ineffective way, then you may only kill only a small number of ants and cause them to relocate. When they relocate, the queens can still breed and lay eggs – so it would be ineffective. You only need to have one target: kill the queens. When they are dead, they won’t be able to produce eggs anymore. There are some common mistakes that you can avoid because they won’t take away the problem.

Disturbing or Digging the Mounds

Get Rid of Fire Ants

Most homeowners think that destroying the mounds would get rid of the ants. But this is the wrong thoughts or ideas. As it was mentioned before, the main nest is located deep under the ground – it can reach up to 25 feet underground. When you disturb the mound on the top surface of the soil, you don’t make any important effect. The queens will remain safe and protected underneath, but some negative effects are resulting from your actions:

Another popular myth on how to get rid of fire ants is to pour the club soda (2 cups) on the ant mounds. People believe that the carbon dioxide would flood the mounds, replacing oxygen and suffocating the whole colonies. But then again, ants have their system of intricate and complicated tunnels underground. When you pour the club soda, you may only flood one tunnel but the others remain safe. Again, the queens won’t be affected and they will remain protected deep inside their home.

You may have heard about the advice of pouring gas (or other petroleum products, like oil, diesel fuel, or kerosene) over the mounds. Some people may have tried ammonia, chlorine, and even battery acid. DON’T ever try these products – they are both illegal and highly dangerous. These products are often flammable and also deadly. They are dangerous for animals and humans. They can cause toxic soil and even pollute groundwater. They will kill the grass as well as the surrounding vegetation. And while they can cause these issues, they don’t kill the queens – only relocate the homes. This is a serious issue and you should never attempt any of these. Ever! 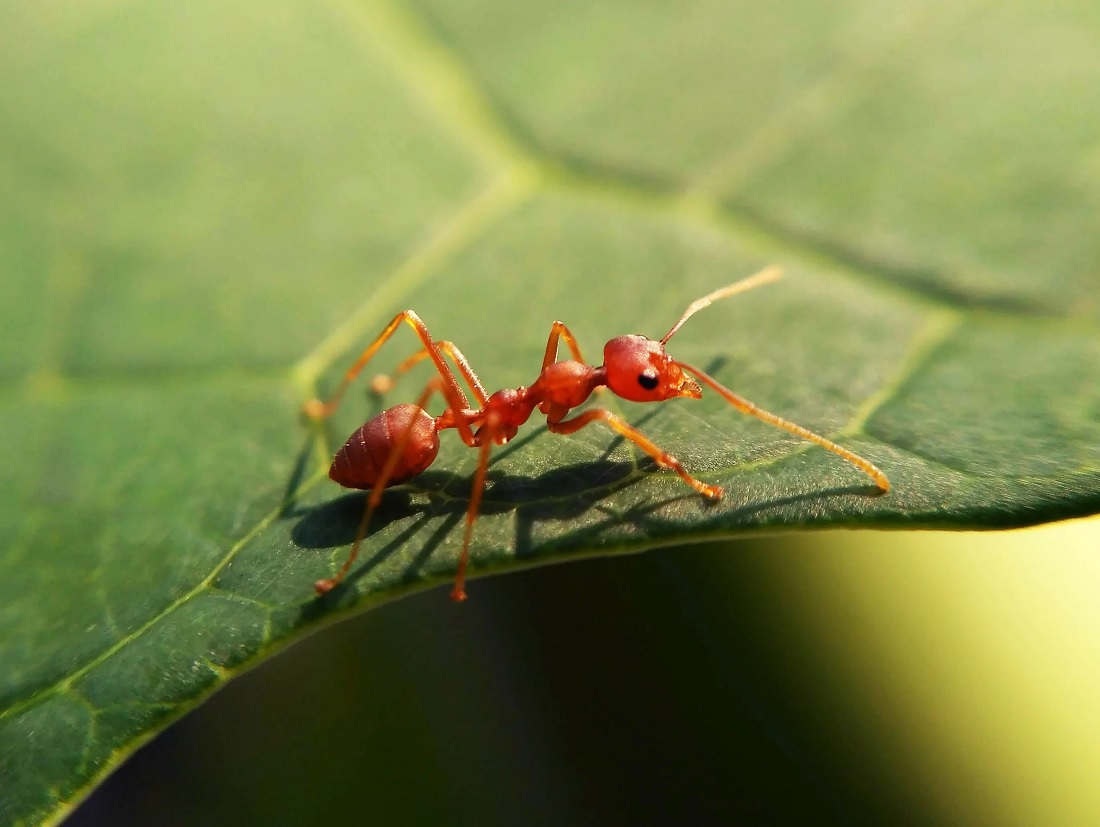 fire ants on a leaf

In case you want to try the home remedies, there are several methods that you can try. But keep in mind that these home remedies aren’t exactly the best way on how to get rid of fire ants, but to prevent them from coming to your personal space.

Fire ants hate lemon too. That’s why you can make a mixture of this acidic solution. Mix the juice with the water (use the same amount). Use the spray on ant areas, especially the high traffic ones. You will have to be diligent and consistent as one spray may not be effective. If you spray the area over and over again, the ants may avoid it – but it is always possible for them to find other trails.

This one has the remains (fossilized type) of marine phytoplankton. Ants hate it because the powder can scrape their exoskeleton and then cause them to dehydrate. In the end, they will lose their inner body fluid and die from dehydration.

You can use either detergents or dish soap. Ants hate it because the chemicals are dangerous and even deadly for those ants. The chemical substances can break down the exoskeleton layers, causing them to dehydrate. Simply combine detergent or dish soap with the water and put them in a spray bottle. Whenever you see ant trails or any entry points, just spray the mix.

Another option for how to get rid of fire ants is to use the vinegar solution. Simply mix water, baking soda, and vinegar in equal parts, and pour the solution in a spray bottle. You can apply the mixture on ants high traffic areas. Keep in mind that the solution won’t kill the ants – it simply repels them because of the strong smell. It is effective enough, though, to prevent the ants from coming to areas in your home.

As you can see, the only way to address the fire ants problem is to target the queens. Feel free to use any methods that you feel suitable for your situation, as long as it targets the queens. Now that you already know the facts about how to get rid of fire ants, and some home remedies solutions to prevent them from coming, you can start doing your research. 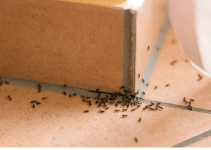 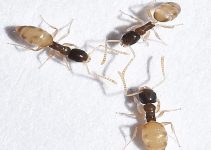