Home
Ladybugs
How to Get Rid of Ladybugs

You may want to learn about how to get rid of ladybugs if you notice the infestation at home. Now, don’t let the name fool you. Despite its cute name and adorable red and black appearance, ladybugs can be a real nuisance. They may be harmless and they may not cause any health threats, but they can be really annoying. After all, you don’t want them infesting your property. The sight of them swarming your property in a large abundance can be frightening. So, you may want to learn more about the basic facts before learning about setting the ladybug trap or such thing alike.

Ladybugs are known having many names, such as lady flies, Asian lady beetles, or lady beetles. When compared to other insects, ladybugs are definitely pretty. Their distinctive appearance with black and red color combination would make them stand out among the others. The ladybugs are actually beneficial in helping homeowners get rid of insects, such as aphids. When aphids are lurking on trees or in gardens, the ladybugs can spot them and get rid of them. However, ladybugs are especially annoying when the weather gets cold.

You see, ladybugs love dry and warm places. They don’t like winters, so they would start searching for the right warm places in autumn. They only need small openings to find their way into any building, structure, or house. And when they swarm, it leads to infestation.

The Nature of Ladybugs

Ladybugs are basically harmless and they aren’t exactly dangerous. Do they sting? No, they don’t. Do they bite? Yes, they can bite but it doesn’t spread disease or create serious injury. Instead of a true and real bite, it feels like a pinch, really. However, there are some cases of allergic reactions (to ladybugs) that can lead to stuffy nose, respiratory problems, and also swollen and watery eyes. The allergies may be worse during fall and winter – when the swarm is most common.

The problem with ladybugs is their tendency to produce reflex bleeding – a process to secrete blood coming from their legs’ joints whenever they are stressed out. Although the blood itself is not dangerous to humans, it is annoying because of the smell. Moreover, the blood will create orange stain on your floors, walls, and furniture. They are unpleasant to see – and don’t forget about the unpleasant smell either.

How to Get Rid of Ladybugs Natural 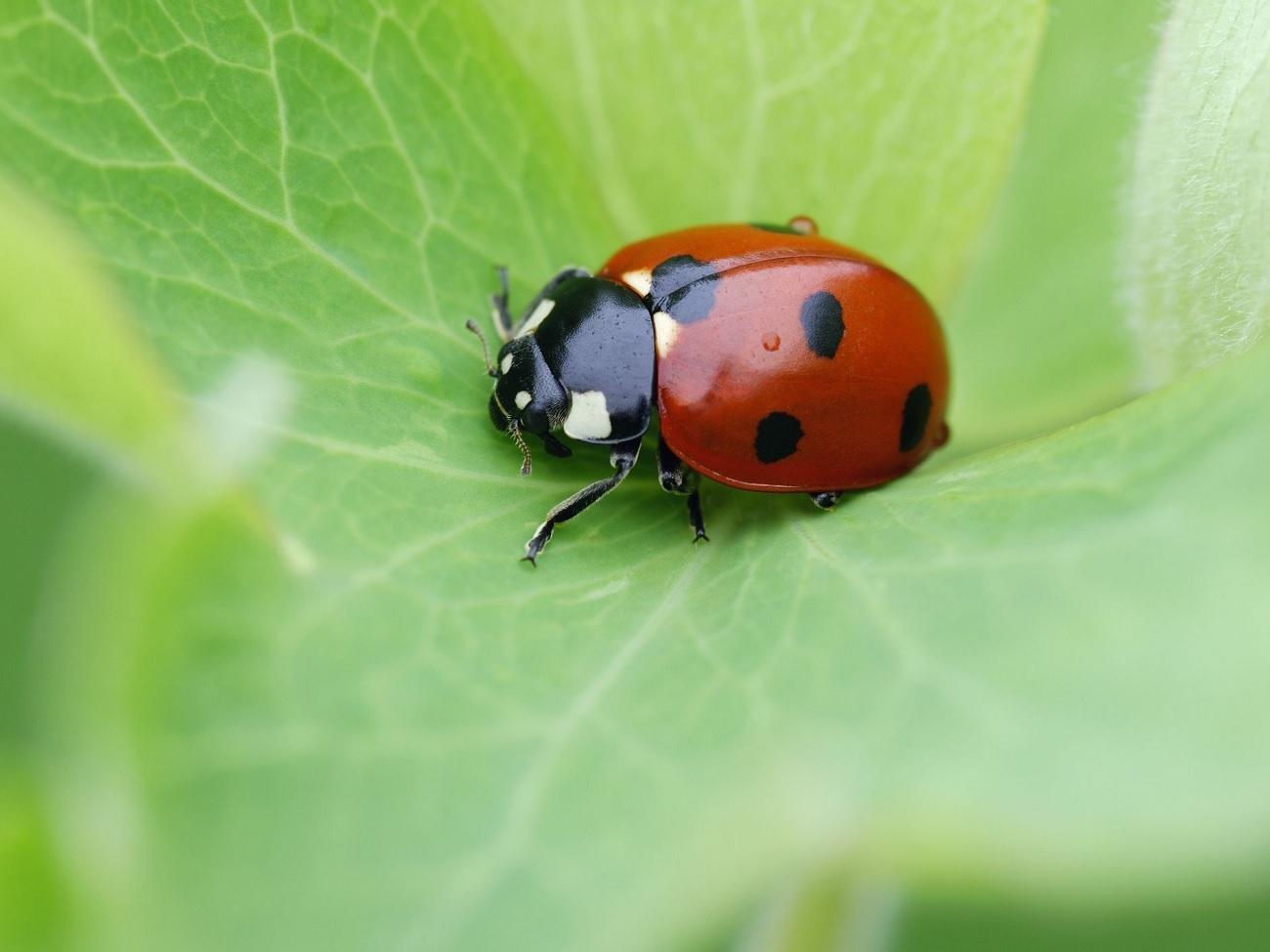 How to Get Rid of Ladybugs

There are actually several ways on how to get rid of ladybugs if you know what to do. The easiest and simplest way to remove them is to sweep them up. If you can vacuum them, it is even better. Not only vacuuming won’t cause reflex bleeding, but you can also relocate the ladybugs without harming them. Simply put them on the farther area – far away from the house. Vacuuming or sweeping is also the most possible way on how to get rid of ladybugs outside the house. This is an effective way for both indoor and outdoor settings. But keep in mind to dispose of them right away after you vacuum them. If you leave them just like that, your vacuum bag (or container) may smell and stink.

This is a silica type in the form of sedimentary earth that is pretty soft. It looks like a white powder. This is basically a natural pesticide that can break out the exoskeleton of the ladybugs and cause them to dehydrate (dry out) and then die. If you are concerned about the environment, you can use this method. It is environmentally friendly and it is pretty harmless. You can go to the garden center or the local hardware to buy it. Sprinkle the powder around the doors or windows. You can also check for cracks or holes, and sprinkle the powder on the spot. It would prevent the ladybugs from coming to the house.

You can use regular spices or herbs to repel the ladybugs. Ladybugs don’t really like cloves and bay, so you can use the leaves. Simply put them outside or inside the house. You can also crush those leaves and put them on suspected places. If you ever find blood marks or blood trails inside the house, you can put the leaves there. You can make potpourri out of them. Simply mix them together and put them in several small bags. You can scatter them around the house. These leaves have a nice smell to humans but not so much for ladybugs. So you can actually have your own homemade home refresher while getting rid of ladybugs at the same time. 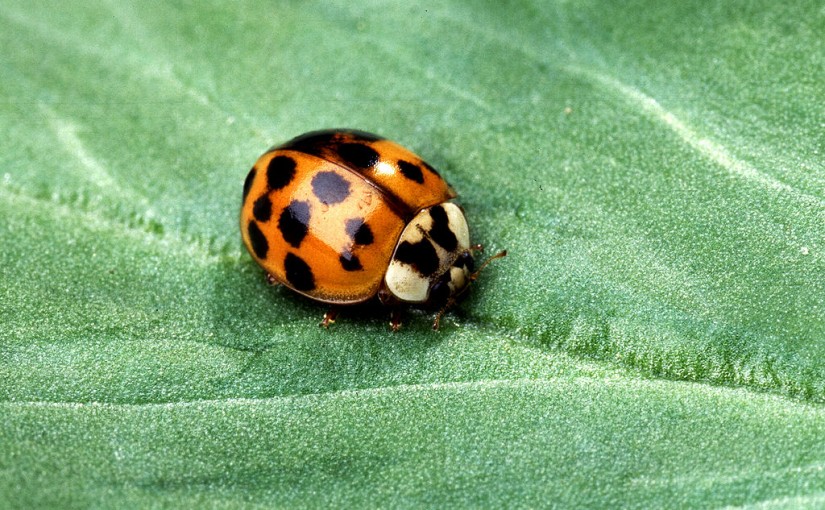 The oil is pretty handy to remove the unpleasant smell of the ladybugs. You see, ladybugs also like to release their scent to attract the others – it is their way to ‘invite’ the others. But if you use the citrus oil, the oil can remove the scent, preventing other ladybugs to come. In the end, you can prevent the swarm with a seemingly simple action. Any citrus smell will do, like lemon, lime, or orange. If you don’t have the oil, you can try mixing water and white vinegar. By using the spray bottle, you can remove the scent.

Such a trap is pretty harmless for the ladybugs – similar to the vacuuming and sweeping. The basic principle of the trap is to use (bright) lights to attract the ladybugs. When they are already inside, they won’t be able to get out. And then you can remove them safely from the house.

You can also make your own trap, really. Mix water and dish soap and then put it in a bowl. Put it in the area that you suspect of their presence or the one with enough light. Remember, they are drawn to light. They may fall into the bowl and can’t escape. This second method may lead them to their death, mind you – which is different from the first one.

Does soapy water kill ladybugs? Well, some people say that it doesn’t, but some say that it does. But in  general, soapy water is great when you want the ladybugs out of the house. Simply mix water with some drops of (liquid) soap. Then, put the mixture in a spray bottle. When you find one, just spray it with the solution. It will repel them out of your house. They are surely not reproducing inside the house. 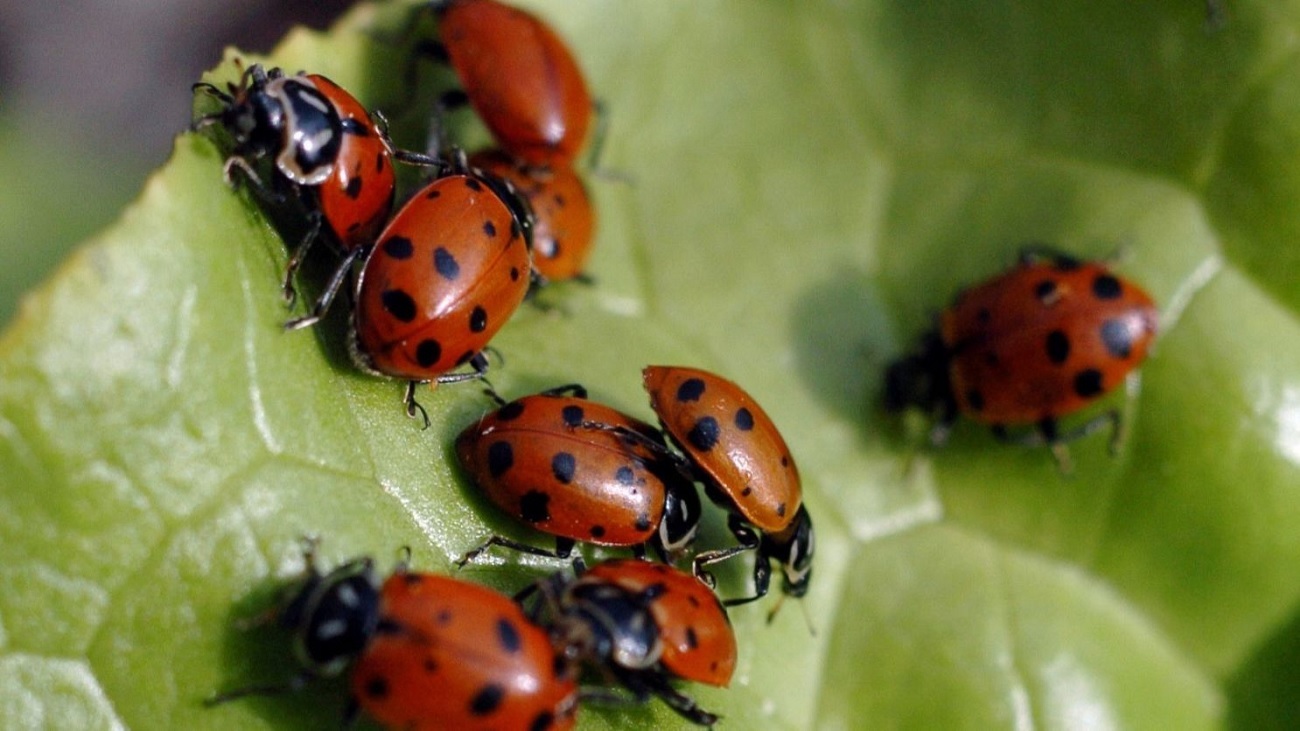 Don’t forget that ladybugs can bite – and they will definitely do that when they feel threatened.  People make mistakes by picking up the ladybugs just like that – only to find out that the bugs ‘pinch’ them for the action. If you want to avoid being bitten, use the duct tape. Wrap it around your fingers – make sure to have the sticky side facing out. Or you can use the double tape, instead – it’s up to you. With the duct tape, you can easily remove them without having to worry that they may bite you. But this method works efficiently when you only have a few ladybugs around – not the entire swarm. Read Also: How to Get Rid of Ghost Ants Effectively

You know that today’s candles are coming with various scents, right? You can choose the one with citrus smell or lavender. If you can find candles with bay or clove leaves, you should go for it.

Preventing them from coming into the house would be the most effective method of how to get rid of ladybugs. But in order to do so, you need to carefully check and inspect the house – and you also need to do it regularly. Ladybugs may enter the house through small openings like cracks or holes. If you find one, you need to seal it fast. One ladybug gets into the house and it will attract others – especially if that one feels homey at your spot.

Check for your doors as they need to have enough weather stripping. Also, check the windows – they should have tight-fitting and secured screens. You can also caulk all the potential openings on the outside part of the house – but if you can seal it, it would be even better. 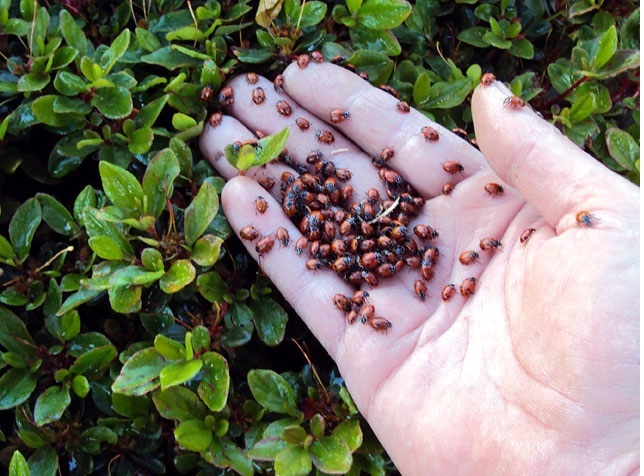 When you want to find an effective way on how to get rid of ladybugs, remember to avoid insecticides. A lot of people believe that insecticides can resolve the ladybug issues, but they forget that such a way has its own health risks and threats – and animals and people can be affected. Especially if you want to use the insecticides indoor, it would pose a bigger risk.

Be aware that insecticides exposures (especially the ones inside the house) can cause dizziness, weakness, headache, nausea, and also severe issues of damage to the kidneys, endocrine system, and liver for long and chronic exposure.

In the event that you are going to use insecticides, you need to consider these options so you won’t have to deal with threats and risks. Make sure that you pay attention to these:

In the end, you are free to use the insecticides if you want to. But keep in mind that it is pretty dangerous. After all, after you have known these various methods on how to get rid of ladybugs, you can try them one by one. 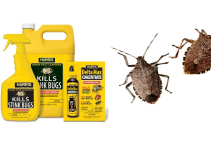